To schedule an appointment, the following doctors across the UK are currently accepting patients for evaluation:

Mr Gerald Hackett is a leading consultant gynaecologist based in Cambridge with more than twenty years’ experience. While Mr Hackett cares for women with many different gynaecological conditions, he specialises in menstrual disorders, fibroids, ovarian cysts, pelvic pain and the menopause. He is recognised by the British Menopause Society as a menopause specialist and principle trainer and oversees the NHS Menopause Clinic in Cambridge.

Mr Marwan Habiba is a consultant gynecologist at the University Hospitals of Leicester and is an honorary senior lecturer at the University of Leicester. He became a member of the Royal College of Obstetricians and Gynaecologists in 1991 and a fellow in 2004. He has many publications including on health service delivery and research, medical ethics and abnormal uterine bleeding, with uterine fibroids being a particular area of interest.

Mr Adel Soltan is a consultant gynecologist at Liverpool Women’s, and has a special interest in pelvic floor surgery and uterine fibroids. Mr Soltan has been a consultant since 2001 and is a fellow of the Royal College of Obstetricians and Gynaecologists (RCOG).

Women were surveyed 12 months after their Sonata Treatment and reported the following results:* 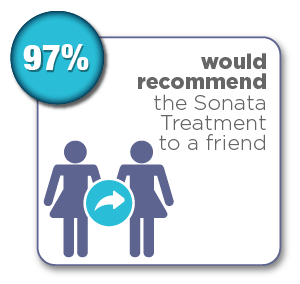 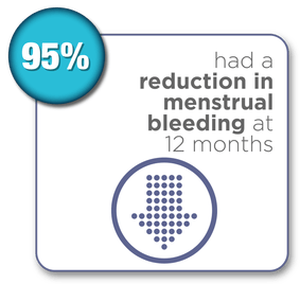 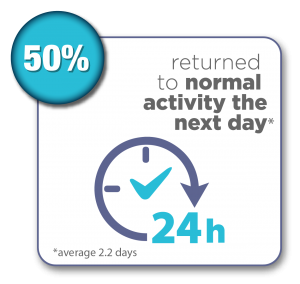 About the Sonata Treatment

The Sonata Treatment is an incision-free treatment for uterine fibroids and has been clinically proven to be safe and effective.*

The Sonata Treatment uses an intrauterine ultrasound handpiece to locate and target the individual fibroids. Radiofrequency energy is delivered to shrink the fibroid and reduce symptoms.

Why is the Sonata Treatment a breakthrough?

Sonata can treat a wide range of fibroid types, sizes, and locations — without even one incision.

The fibroids are treated from inside the uterus, so the Sonata Treatment requires no incisions to the abdomen, no tissue is surgically removed, and the uterus is preserved.

Women were surveyed 12 months after their Sonata Treatment and reported the following results:*

Intended Use and Safety Information

The Sonata System is intended for diagnostic intrauterine imaging and transcervical treatment of symptomatic uterine fibroids, including those associated with heavy menstrual bleeding.

Current pregnancy; active pelvic infection; known or suspected gynecologic malignancy or premalignant disorders such as atypical endometrial hyperplasia; presence of one or more intratubal implants for sterilization; and presence of an intrauterine device (IUD), unless removed prior to the introduction of the Sonata Treatment Device. View Additional Safety Information.